Just Contact for all type of Weighbridge, WIM System
Weighing Solution at at your door step

Weigh-in-Motion (WIM) technology allows the weighing of a truck while it is in motion. It has many advantages in terms of utility and efficiency over the traditional approach of static weighing. The technology has been in use in India since a few years. We are proud to state here that we are one of the leading manufacturers and suppliers of WIM systems in the country. We have successfully developed, installed and operated Weigh in Motion at toll plazas. A brief overview of our company and the technical specifications of our WIM system are given.

Why WIM - Weigh In Motion Technology

Generally WIM - Weigh In Motion Technology is used at Border Crossings to protect highway infrastructure and maintain safety, it is essential to ensure that vehicles entering the country are of legal weight. AIWA WIM system allows for screening of overweight vehicles efficiently at high volume border crossings.

AWIM (Weigh In Motion) installed at most of the Toll Plaza:

Weigh-in-Motion (AWIM) technology allows the weighing of a truck while it is in motion. It has many advantages in terms of utility and efficiency over the traditional approach of static weighing. The technology has been in use in India since a few years. We are proud to state here that we are one of the leading manufacturers and suppliers of AWIM systems in the country.

Over the years as the technology got upgraded in the field of Weighing. Now the vehicle can be weighed while it is in motion at a slow speed. With the help of technology the process became efficient and calculation, more accurate that is called Weigh In Motion. Many developed and developing countries has accepted and many of them had implemented successfully.

The vehicle weight, not the number of axles, determines wear and tear of roads. Toll authorities now use weight-based tolling, which relies on weigh in motion technology to determine the proper toll classification while keeping the traffic moving.

SENSORS AND DETECTORS USED FOR AWIM 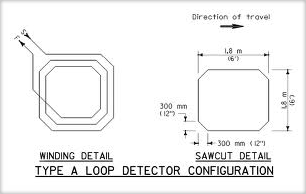 Loop detectors are the most widely used technology for vehicle detection in India. A loop detector consists of one or more loops of wire embedded in the pavement and connected to a control box. The loop may be excited by a signal ranging in frequency from 10 kHz to 200 kHz. This loop forms an inductive element in combination with the57 control box. When a vehicle passes over or rests on the loop, the inductance of the loop is reduced. This causes a detection to be signaled in the control box. The advantages of inductive loop detectors are that they are an established technology globally, they have a well-defined zone of detection, and they are generally reliable.

An inductive loop vehicle detector system consists of three components: a loop (preformed or saw-cut), loop extension cable and a detector. When installing or repairing an inductive loop system the smallest detail can mean the difference between reliable detection and an intermittent detection of vehicles. Any metal crossing over the starting point of the loop, what happens that the loop starts detecting till it won’t get the clear sky axis it won’t separate from another vehicle? 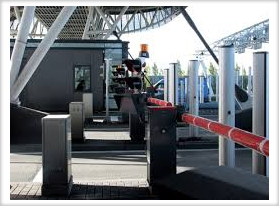 There are two types of infrared (IR) detectors, active and passive. Active infrared sensors operate by transmitting energy from either a light emitting diode (LED) or a laser diode. An LED is used for a non-imaging active IR detector, and a laser diode is used for an imaging active IR detector. In both types of detectors the LED or laser diode illuminates the target, and the reflected energy is focused onto a detector consisting of a pixel or an array of pixels. The measured data is then processed using various signal-processing algorithms to extract the desired information. Active IR detectors provide count, presence, speed, and occupancy data in both night and day operation. The laser diode type can also be used for vehicle classification because it provides vehicle profile and shape data.

A passive infrared system detects energy emitted by objects in the field of view and may use signal-processing algorithms to extract the desired information. It does not emit any energy of its own for the purposes of detection. Passive infrared systems can detect Presence, occupancy, and count. Some of the advantages of infrared detectors are that they can be operated during both day and night, and they can be mounted in both side and overhead configurations.

FILL UP THE FORM

We Will Call You Back!!!


Yes, I Need Weighbrigde Details! Please Call Me Back